News and updates from the Responsible Business Alliance.

Definition of Fees Approved by Board

The EICC Board of Directors has approved the Definition of Fees, which supports recent changes to the EICC Code of Conduct.

The EICC's Conflict-Free Sourcing Initiative (CFSI) announced it stands ready to help companies navigate compliance with the pending conflict minerals legislation that was recently voted on by the European Parliament.

The EICC has made the eradication of forced labor a high priority in 2015. The EICC today announced changes to its Code designed to protect workers and a membership vote to ban all recruitment fees paid by workers.

The EICC and CDP (formerly the Carbon Disclosure Project) have partnered to expand GHG reporting and reductions in the electronics supply chain.

Electronics Industry Outlines Next Steps Against Forced Labor in Malaysia

The EICC has outlined next steps for the industry in its continued efforts against forced labor in the electronics supply chain.

Since its founding 10 years ago, one of the core principles of the EICC has been to combat trafficked and forced labor in the electronics industry supply chain.

A new guide was published today on the business case for supply chain sustainability.

Updates from the EICC in our quarterly special newsletter.

Over the past 10 years, EICC member representatives have donated countless hours to help grow and develop our coalition. In recognition of their contributions, we are pleased to announce the Brad Bennett Award for major contributions toward EICC progress. 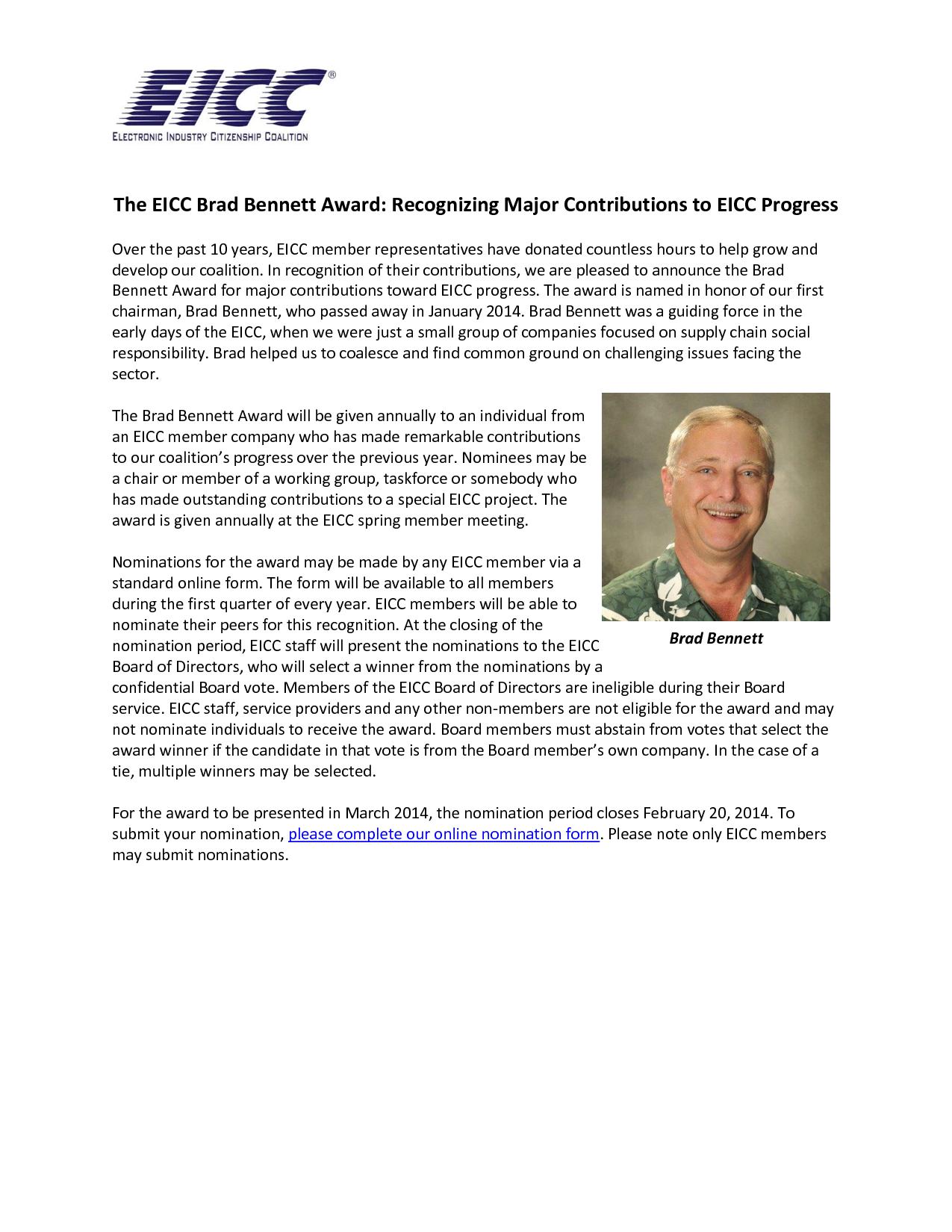 Learn about our news & events